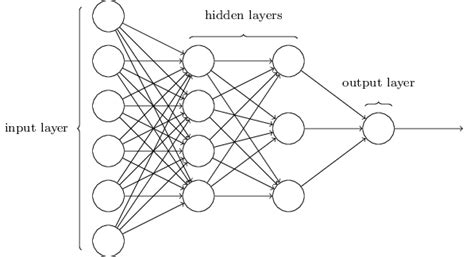 The Goal of Backprop

Let’s start by defining the goal of backpropagation. The weights of a deep neural network are the strength of connections between units of a neural network. When the neural network is established assumptions are made about how the units in one layer are connected to the layers joined with it. As the data moves through the neural network, the weights are calculated and assumptions are made. When the data reaches the final layer of the network, a prediction is made about how the features are related to the classes in the dataset. The difference between the predicted values and the actual values is the loss/error, and the goal of backpropagation is to reduce the loss. This is accomplished by adjusting the weights of the network, making the assumptions more like the true relationships between the input features.

When training a deep neural network, we need to make use of multiple mathematical functions. Neurons in a deep neural network are comprised of the incoming data and an activation function, which determines the value necessary to activate the node. The activation value of a neuron is calculated with several components, is a weighted sum of the inputs. The weights and input values depending on the index of the nodes being used to calculate the activation. Another number must be taken into account when calculating the activation value, a bias value. Bias values don’t fluctuate, so they aren’t multiplied together with the weight and inputs, they are just added. All of this means that the following equation could be used to calculate the activation value:

Once the outputs of the neuron are calculated by running the activation value through the desired activation function, forward propagation is done. Forward propagation is just taking the outputs of one layer and making them the inputs of the next layer. The new inputs are then used to calculate the new activation functions, and the output of this operation passed on to the following layer. This process continues all the way through to the end of the neural network.

Once the errors in the network’s decisions have been calculated, this information is backpropagated through the network and the parameters of the network are altered along the way. The method that is used to update the weights of the network is based in calculus, specifically, it’s based in the chain-rule. However, an understanding of calculus isn’t necessary to understand the idea of behind backpropagation. Just know that when output value is provided from a neuron, the slope of the output value is calculated with a transfer function, producing a derived output. When doing backpropagation, the error for a specific neuron is calculated according to the following formula: